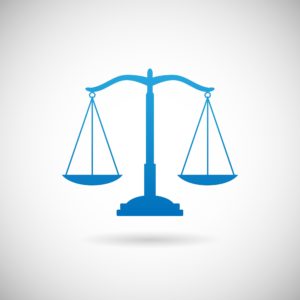 ‘Forensic and Investigative Hypnosis’ is a specialised group of techniques, used the world over, to to enhance the memory-recall of the victims and witnesses of crime and trauma.

In the UK, due to Home Office guidelines governing the use of forensic hypnosis, a leading expert in hypnosis and recovered-memory, Rob Kelly, has researched and developed a group of Forensic memory-enhancing techniques, that he has called ‘FIMET – Forensic and Investigative Memory-Enhancing Techniques. These (FIMET) techniques are based upon the very latest research, conducted by the worlds leading experts in human memory. I have trained with Rob Kelly.

The FIMET techniques are ideally suited to anyone who has:

a) Experienced some kind of traumatic incident(s) and struggling to process (get over) and come to terms with it, and who also may be suffering as a result of the incident or experience.

b) Experienced some kind of traumatic incident(s) and have poor memory recall (or possibly none at all) about the experience(s).

How have these methods been used in the past?…

Traditionally the therapist/interviewer would tend to lead the session in the direction he/she (quite possibly wrongly) felt was most beneficial to the investigation/therapy and preconceived ideas on his/her part about what occurred, along with inappropriate suggestions, may well impact upon the hypnotised person’s recall of the event. In addition, the view held by many that hypnosis itself is somehow ‘magical’ and has special memory enhancing properties may well have contributed to its use in a misguided and inappropriate manner. Using the traditional forensic hypnosis techniques has, in a significant number of cases, been unsuccessful or even detrimental. In the worst case scenario, these traditional techniques can produce highly distorted memories. Even in many cases where the material recalled is largely accurate, it is likely that some potentially important information will have been missed. In addition to this, a traditional forensic hypnosis session conducted in this manner is unlikely to really help a victim of (or witness to) a traumatic event in getting over the experience and processing the emotional trauma, in the most effective manner.

Home Office Guidelines regarding the use of hypnosis for investigative purposes…

“Under section 78 of the Police and Criminal Evidence Act 1984 the court has a discretion to exclude evidence if, having regard to all the circumstances, including the circumstances in which the evidence was obtained, it appears to the court that admitting the evidence would have such an adverse effect on the fairness of the proceedings that the court ought not to admit it. As evidence obtained from a witness who had been hypnotised cannot properly be tested in cross-examination, there must be a serious risk that the courts would rule it inadmissible under section 78″….

“It would be prudent, therefore, to assume that any confession obtained by hypnosis will not be admissible in evidence and any potential witness who is hypnotised will not be permitted to testify.”

The Home Office guidelines are indeed only guidelines and do not completely prohibit the use of investigative hypnosis. The guidelines, however, do caution against its use and it seems probable that most post-hypnotic testimony will not be admitted in a Criminal Court of Law – which is why we don’t actually use hypnosis now, when we conduct forensic interviews (see FIMET below). There are no regulations or guidelines regarding the admission of post-hypnotic testimony in a Civil Court.”….

It has been proven that the use of hypnosis per se does not contribute to either increases or decreases in quantity and accuracy of information recalled. Instead it is factors such as the use of suggestion, direction or leading questions along with factors internal to the witness that impact upon recall.

There has been much debate on this point and whether or not there are differences in the way that traumatic and ordinary memories are stored and subsequently recalled. In many cases highly emotional or traumatic experiences are remembered more clearly than neutral experiences. Stress tends to focuss a persons attention to an event meaning encoding takes place more effectively. Emotional arousal also appears to increase the liklihood of memory conslidation during the storage of memory. It may be that emotional events are replayed in a persons mind more frequently thatn neutral events. Problems with retrieval of information stored may be due to psychological defence mechanisms coming in to play following a traumatic experience, this limiting or even preventing recall of that event F.I.M.E.T ( Forensic and Investigative Memory-Enhancing Techniques …

The techniques that we use, were devised by Rob Kelly who has carried out extensive work and investigation in these areas over many years. The techniques are collectively known as Forensic and Investigative Memory-Enhancing Techniques (FIMET). These techniques may or may not include the use of hypnosis depending on whether or not it is appropriate to do so. We do use hypnosis on many occasions, as it is a very straightforward way of enabling a client to relax, feel safe and focus solely on reporting everything that comes to mind. On other occasions, however, we specifically don’t use hypnosis because of the negative view that British Criminal Courts have upon testimony revealed under the influence of hypnosis. Here we would use some relaxation techniques (which have the same benefits of allowing a client to feel calm, safe and focused) instead. Prior to a session it would always be discussed with a client as to whether or not he/she may wish to use the resulting information in a Criminal Court. The techniques used are not in any way suggestive or directive. They merely enable a client to recall an event by creating a safe and non-judgmental atmosphere in conjunction with using proven memory enhancing and psychotherapeutic techniques. These memory-enhancing techniques include several that are commonly used in the Cognitive Interview (CI) and Enhanced Cognitive Interview (ECI) processes. The CI and ECI are interviewing techniques designed to enhance memory in cooperative interviewees (usually witnesses and victims of crime, but in some cases suspects) and to extract as much accurate information as possible. This is mainly done using two distinct types of investigation:

This was originally introduced to be used with those working in the Emergency Services or the Armed Forces. It aimed to limit or prevent the development of Post Traumatic Stress Disorder and Stress Related Illness in people exposed to critical incidents. A critical incident is any event that causes an unusually intense stress reaction, overwhelming a persons normal coping mechanisms and their ability to adjust. These tend to be events that are outside “ordinary” human experiences.

CID is being used more and more now to help people overcome the effects of traumas such as road traffic accidents, sudden deaths, and violent and sexual crime. These people don’t need “therapy” per se but need to be able to process the experience and then move on.

Critical Incident Stress Debriefing aims to prevent people from bottling up their feelings and emotions… PTSD is a recognised psychological disorder and is most commonly associated with the Armed Forces during the wars. Three types of symptom identify PTSD – intrusive recollections of trauma, physiological arousal and also numbing/withdrawal/avoidance.

The Cognitive Interview has slowly been replacing the familiar “interrogations” that the Police Forces have used for a hundred years or more. This is a friendly and structured interview, where rapport and memory-enhancing techniques are used in order to gain maximum useful information from the client/subject/witness. These techniques are used to obtain information but at all times you are put at ease by the gentle way in which information is recalled.

In a “typical” session an initial discussion will take place to enable the interviewee to feel more comfortable with the process. The interviewee will have explained to them exactly what can be expected as this will usually be an unfamiliar situation that they have not faced previously. Any fears or worries will be answered before the process of focussed retrieval commences.. Its quite alright to say “I dont know” to any questions, or “I dont understand”. At the end of the session there will be a summary where the account of what was experienced will be recounted back so that things can either be added, or changed according to the Interviewee. The interview will then be closed….

A FIMET consultation aims to help clients to elicit as much information as possible surrounding an incident, when this information may be used in a police investigation and/or legal proceedings, without inadvertently creating memory distortions or inaccuracies. Perhaps even more importantly, a FIMET session can provide the very best way for clients to process and move on from a traumatic incident(s).

The FIMET that we use fully take into account the UK Home Office Guidelines as well as those issued by the Crown Prosecution Service. An audio recording of a forensic session is conducted from start to finish so that a complete record of the information recovered is secured.

What’s the next step?

If you have experienced some kind of traumatic incident(s) and are still having problems coming to terms with it or with recall then call Simon NOW on 07833 665978, fill out the short contact form below or email:simon@hypnotherapycardiff.co.uk to discuss and arrange a FREE INITIAL CONSULTATION.

Take back control of yourself and your life

Make quitting smoking as easy as possible and free yourself

Start taking back control right away.

* Legal Disclaimer: All content and claims made within the pages of this website are based on my working with clients and their results over many years. The testimonials provided on this website are genuine client testimonials that have resulted from an undertaking of one of the therapy options mentioned on the website and have all been checked and verified by Simon’s Professional Association as 100% genuine and the content of each testimonial is applicable to the subject matter. Results clients may achieve can vary from person to person and this is why I cannot offer any definite guarantees to you and no professional therapist should, as personality, willingness to change, motivation and effort play an important role in the effectiveness of all therapies mentioned. All symptoms and issues that may be helped using hypnotic techniques in particular also require the use of willpower as hypnotherapy is not magic and can only help you to make changes if you accept some responsibility, have a desirability to change, put in the effort required and be fully committed as I always will be when helping you to resolve your issues.

Hypnotherapy Cardiff helps you to take control and free yourself from worries, stress and destructive habits to then live your life with more freedom.

© 2020 | Hypnotherapy Cardiff
Website designed and built by The SeedMill